"The place where friends connect to share their dreams" 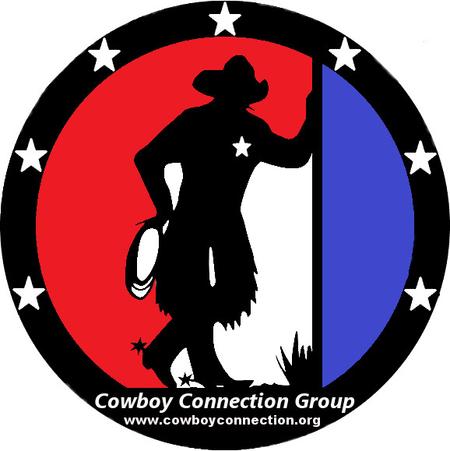 Code of the WestTHE COWBOY'S CREED:Live each day with courage."A man wanting in courage would be as much out of place in a cow-camp as a fish on dry land. Indeed the life he is daily compelled to lead calls for the existence of the highest degree of cool calculating courage." Texas Livestock Journal (1882) . Real courage is being scared to death and saddling up anyway.Take pride in your work.The cowboy is often portrayed as being unlettered and unskilled ~ a common laborer in spurs. In the cowboy's own mind, he was no mere work hand, but a cavalier ~ a knight of the plains sitting tall in the saddle. Cowboy Ethics by James P Owen (2004) Cowboying doesn't build character, it reveals it.Always finish what you start."No cowboy ever quit while his life was hardest and his duties were most exacting." J. Frank Dobie in A Vaquero of the Brush Country (1929). When you are riding through hell keep riding.Do what has to be done.Whenever there is [trouble], we'll depend on ourselves. We'll take care of it ~ when it comes, not after it is too late" James Will  in The American Cowboy (1942). The true test of a man's honor was how much he would risk to keep it in tact.Be tough, but fair."I won't be wronged. I won't be insulted, and I won't be laid a hand on. I don't do these things to other people and I require the same from them." John Wayne in his last film "The Shootist: (1976). The Golden Rule was nothing less than a key to survival.When you make a promise, keep it.A man is only as good as his word.Ride for the brand."They were intensely loyal to the outfit they were working for and would fight to the death for it. They would follow their wagon boss through hell and never complain." Teddy Blue Abbott in "We Point them North" (1939). The cowboy's greatest devotion was his calling and his way of life.Talk less and say more.When there is nothing more to say, don't be saying it.Remember that some things aren't for sale.To the cowboy, the best things in life aren't things.Know where to draw the line."'Good fences make good neighbors,' wrote the New England poet, Robert Frost. But out West, people looked at things differently. On the open range, the boundaries people needed to get along were set by the shared standards of right and wrong. Those boundaries were as good as fences because everyone know where they were." There's right and there's wrong, and nothing in between.Excerpt from a book by James P. Owen, Cowboy Ethics ? What Wall Street Can Learn from the Code of the West (2004, published by Stoecklein Publishing & Photography, ISBN 1-931153-95-7). Excellent book with fantastic photography highly recommended. ? Karl Snyder - Web Wrangler.From Louis L'amour book "The Outlaws of the Mesquite", page 123, June 1960...

Respect women."One of the things you didn't do in the west was bother a woman. It rarely happened."Women were scarce and valued accordingly. A lot of men grew up reading the novels of Sir Walter Scott and they adopted the author's notion of chivalry. There are many, many accounts in diaries and elsewhere of women traveling back and forth across the West alone and never being disturbed in the least."If a woman got off a stage at a stage-stop to get something to eat, and a man did not get up to give her a place at the table, somebody else knocked him off the seat so she could be seated. You couldn't even bump into a woman walking in the street without somebody knocking you into the ground for it."Women were treated with great respect and this was universal all over the frontier. It was one thing you didn't transgress.".